All together 35 teams were participating in the tournament this year. Junttan’s group included 14 teams, HC Hammer did not lost a single game in the tournament and score table showed 16 – 5, but still could not get to Finals, due to complicated system how teams were selected to Final game.

Team was still proud and happy about 3 rd place, this was the first time that HC Hammer played in this tournament. The top scorer of HC Hammer team was Eetu Holopainen with 8 goals, Leksa Pyhtinen our goalie was again the back bone of HC Hammers success on the tournament. You’re the best ! 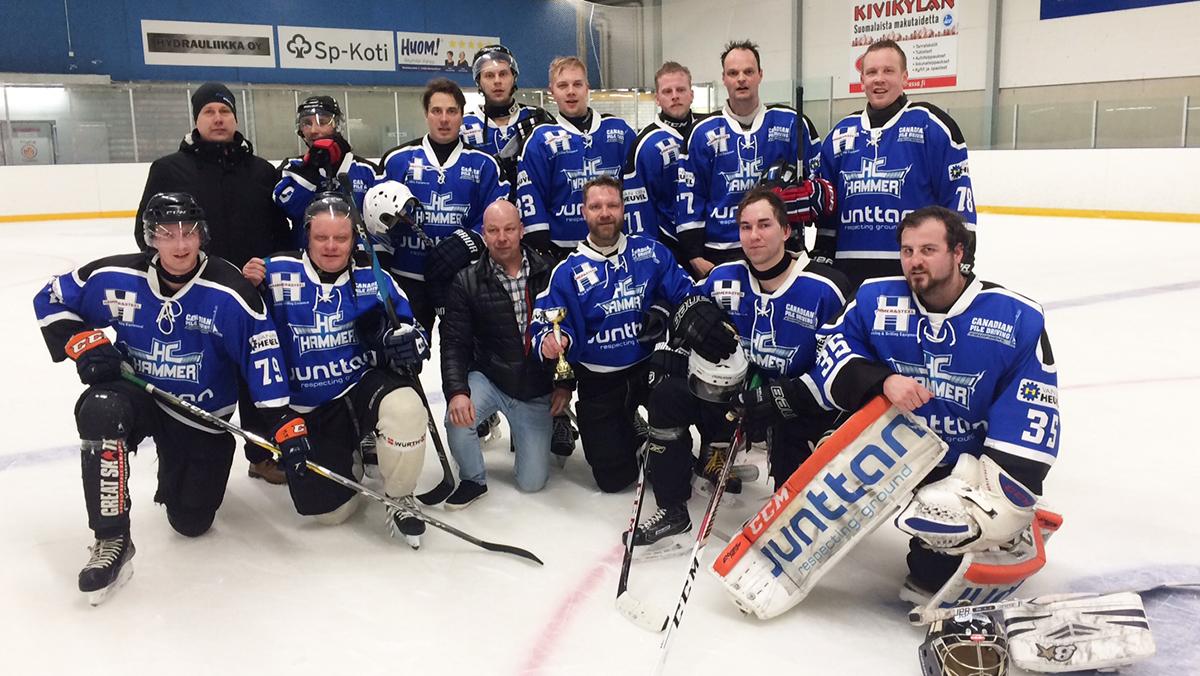