During this weekend we had the honor to have very special guests from the UK; Green Piling’s Managing Director David Green was accompanied by two football professionals, Brian Deane and Carl Schieber, as well as our Junttan UK dealer, Mark Pritchard with his wife Shelley.

Carl Schieber is an experienced football executive who is currently head of football administration at Sheffield United FC in the UK. And Brian Deane – is a former professional footballer who played topflight football for numerous clubs in the UK and had spells at Benfica in Portugal and Perth Glory in Australia, and who is famous for scoring the first ever Premier League goal on the 15th of August 1992 in a 2-1 victory for Sheffield United over Manchester United. What timing! Today it will be 30 years since a ball was first kicked off in the Premier League, and since that first ever goal was done.

Congratulations, Brian, on that famous goal, and congratulations Premier League on its 30th anniversary! Also, huge thanks for your visit. This weekend will be remembered for a long time!

In the photo from left:
Tomi, David, Ate, Mark, Shelly, Brian, and Carl 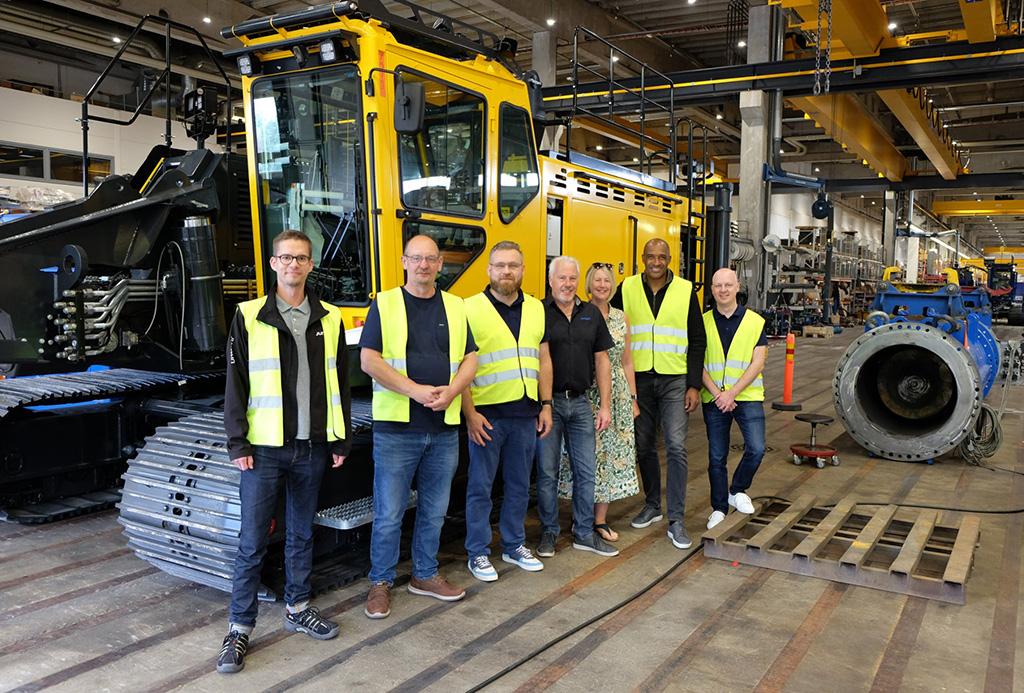